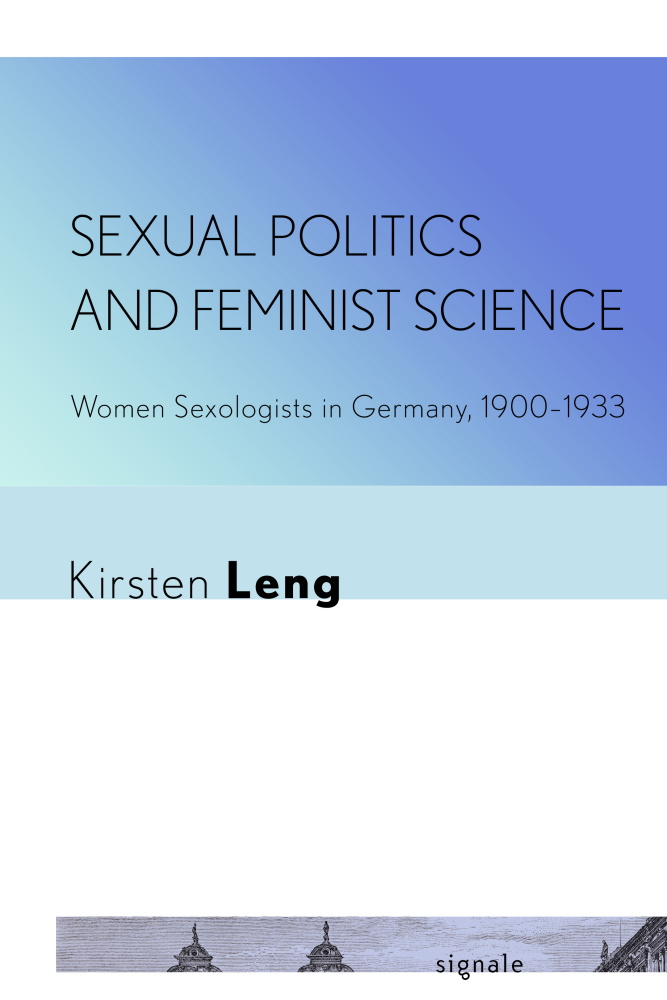 In Sexual Politics and Feminist Science, Kirsten Leng restores the work of female sexologists to the forefront of the history of sexology. While male researchers who led the practice of early-twentieth-century sexology viewed women and their sexuality as objects to be studied, not as collaborators in scientific investigation, Leng pinpoints nine German and Austrian "women sexologists" and “female sexual theorists” to reveal how sex, gender, and sexuality influenced the field of sexology itself. Leng's book makes it plain that women not only played active roles in the creation of sexual scientific knowledge but also made significant and influential interventions in the field. Sexual Politics and Feminist Science provides readers with an opportunity to rediscover and engage with the work of these pioneers.

Leng highlights sexology’s empowering potential for women, but also contends that in its intersection with eugenics, the narrative is not wholly celebratory. By detailing gendered efforts to understand and theorize sex through science, she reveals the cognitive biases and sociological prejudices that ultimately circumscribed the transformative potential of their ideas. Ultimately, Sexual Politics and Feminist Science helps readers to understand these women’s ideas in all their complexity in order to appreciate their unique place in the history of sexology.

Kirsten Leng is Assistant Professor in the Department of Women, Gender, Sexuality Studies at the University of Massachusetts Amherst.