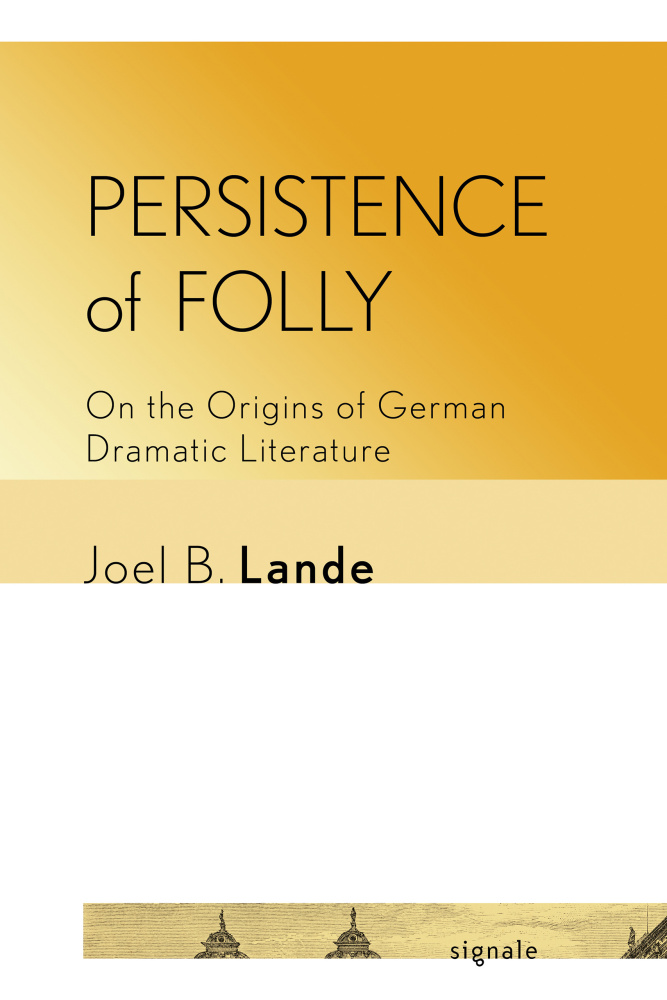 Joel B. Lande’s Persistence of Folly challenges the accepted account of the origins of German theater by focusing on the misunderstood figure of the fool, whose spontaneous and impish jest captivated audiences, critics, and playwrights from the late sixteenth through the early nineteenth century. Lande radically expands the scope of literary historical inquiry, showing that the fool was not a distraction from attempts to establish a serious dramatic tradition in the German language. Instead, the fool was both a fixture on the stage and a nearly ubiquitous theme in an array of literary critical, governmental, moral-philosophical, and medical discourses, figuring centrally in broad-based efforts to assign laughter a proper time, place, and proportion in society.

Persistence of Folly reveals the fool as a cornerstone of the dynamic process that culminated in the works of Lessing, Goethe, and Kleist. By reorienting the history of German theater, Lande’s work conclusively shows that the highpoint of German literature around 1800 did not eliminate irreverent jest in the name of serious drama, but instead developed highly refined techniques for integrating the comic tradition of the stage fool.

Joel Lande is an Assistant Professor in the Department of German at Princeton University.