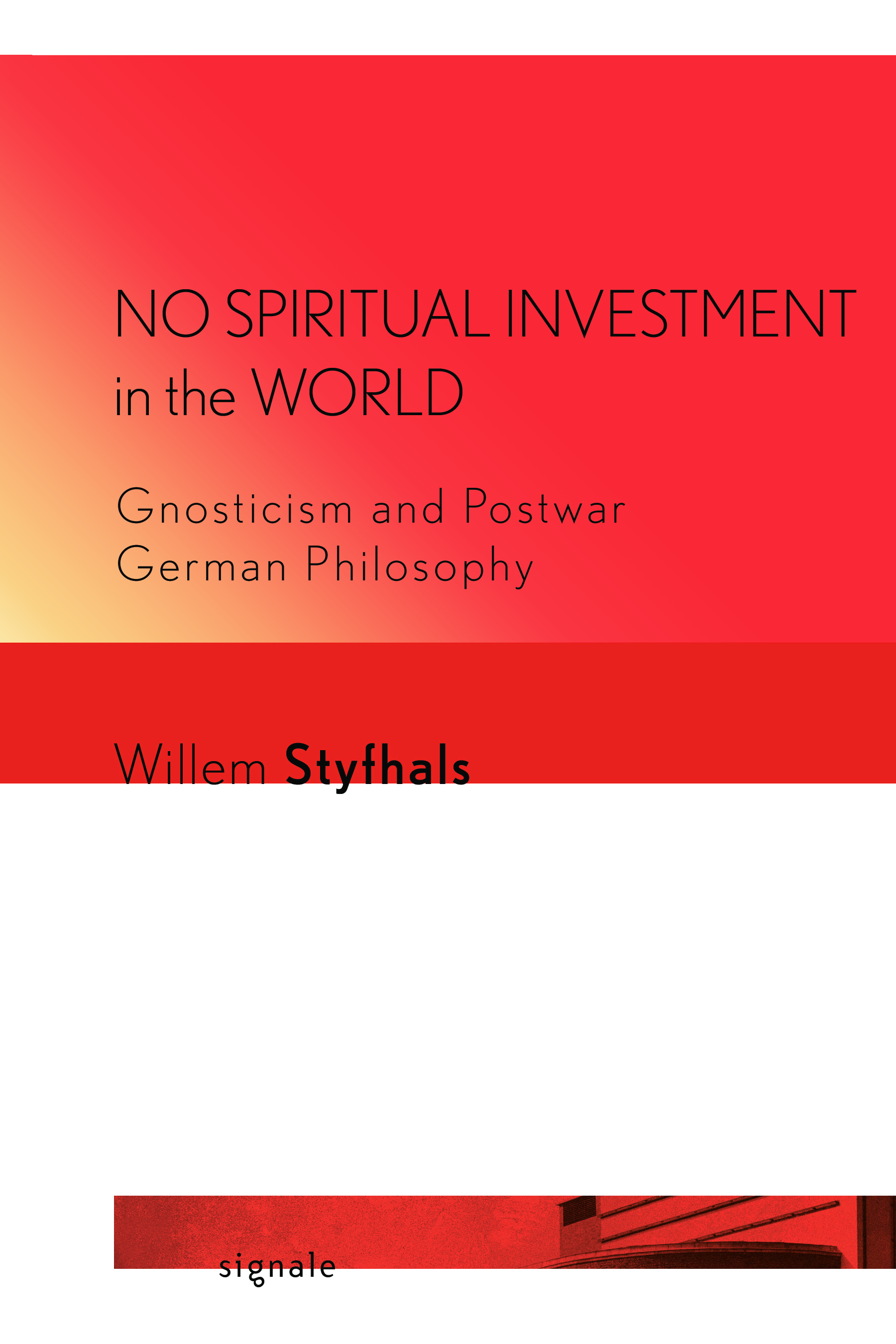 Throughout the twentieth century, German writers, philosophers, theologians, and historians turned to Gnosticism to make sense of the modern condition. While some saw this ancient Christian heresy as a way to rethink modernity, most German intellectuals questioned Gnosticism's return in a contemporary setting. In No Spiritual Investment in the World, Willem Styfhals explores the Gnostic worldview's enigmatic place in these discourses on modernity, presenting a comprehensive intellectual history of Gnosticism's role in postwar German thought.

Establishing the German-Jewish philosopher Jacob Taubes at the nexus of the debate, Styfhals traces how such figures as Hans Blumenberg, Hans Jonas, Eric Voegelin, Odo Marquard, and Gershom Scholem contended with Gnosticism and its tenets on evil and divine absence as metaphorical detours to address issues of cultural crisis, nihilism, and the legitimacy of the modern world. These concerns, he argues, centered on the difficulty of spiritual engagement in a world from which the divine has withdrawn. Reading Gnosticism against the backdrop of postwar German debates about secularization, political theology, and post-secularism, No Spiritual Investment in the World sheds new light on the historical contours of postwar German philosophy.

Willem Styfhals is a postdoctoral fellow of the Research Foundation Flanders (FWO) at the Institute of Philosophy, KU Leuven.