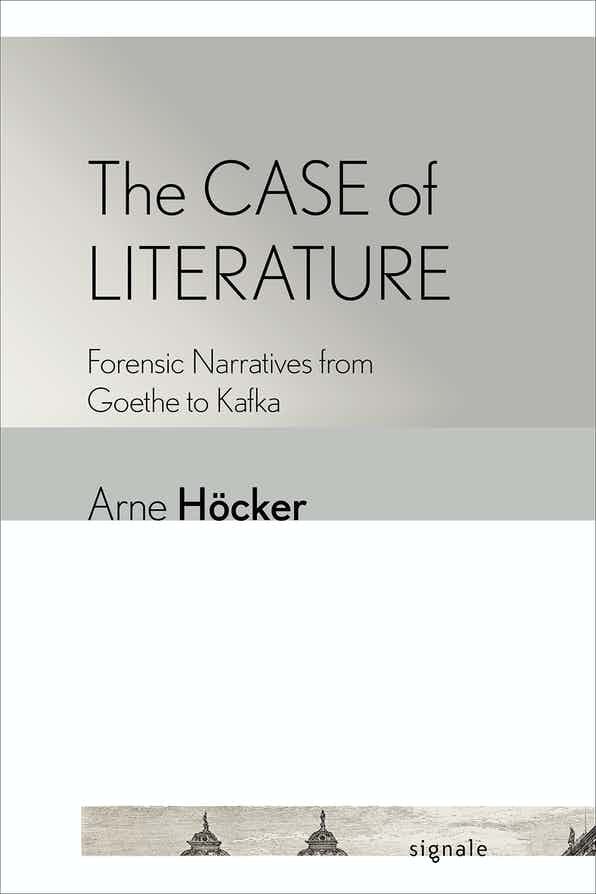 In The Case of Literature, Arne Höcker offers a radical reassessment of the modern European literary canon. His reinterpretations of Goethe, Schiller, Büchner, Döblin, Musil, and Kafka show how literary and scientific narratives have determined each other over the past three centuries, and he argues that modern literature not only contributed to the development of the human sciences but also established itself as the privileged medium for a modern style of case-based reasoning.

The Case of Literature deftly traces the role of narrative fiction in relation to the scientific knowledge of the individual from eighteenth-century psychology and pedagogy to nineteenth-century sexology and criminology to twentieth-century psychoanalysis. Höcker demonstrates how modern authors consciously engaged casuistic forms of writing to arrive at new understandings of literary discourse that correspond to major historical transformations in the function of fiction. He argues for the centrality of literature to changes in the conceptions of psychological knowledge production around 1800; legal responsibility and institutionalized forms of decision-making throughout the nineteenth century; and literature's own realist demands in the early twentieth century.

Arne Höcker is Assistant Professor of German Studies at the University of Colorado Boulder.