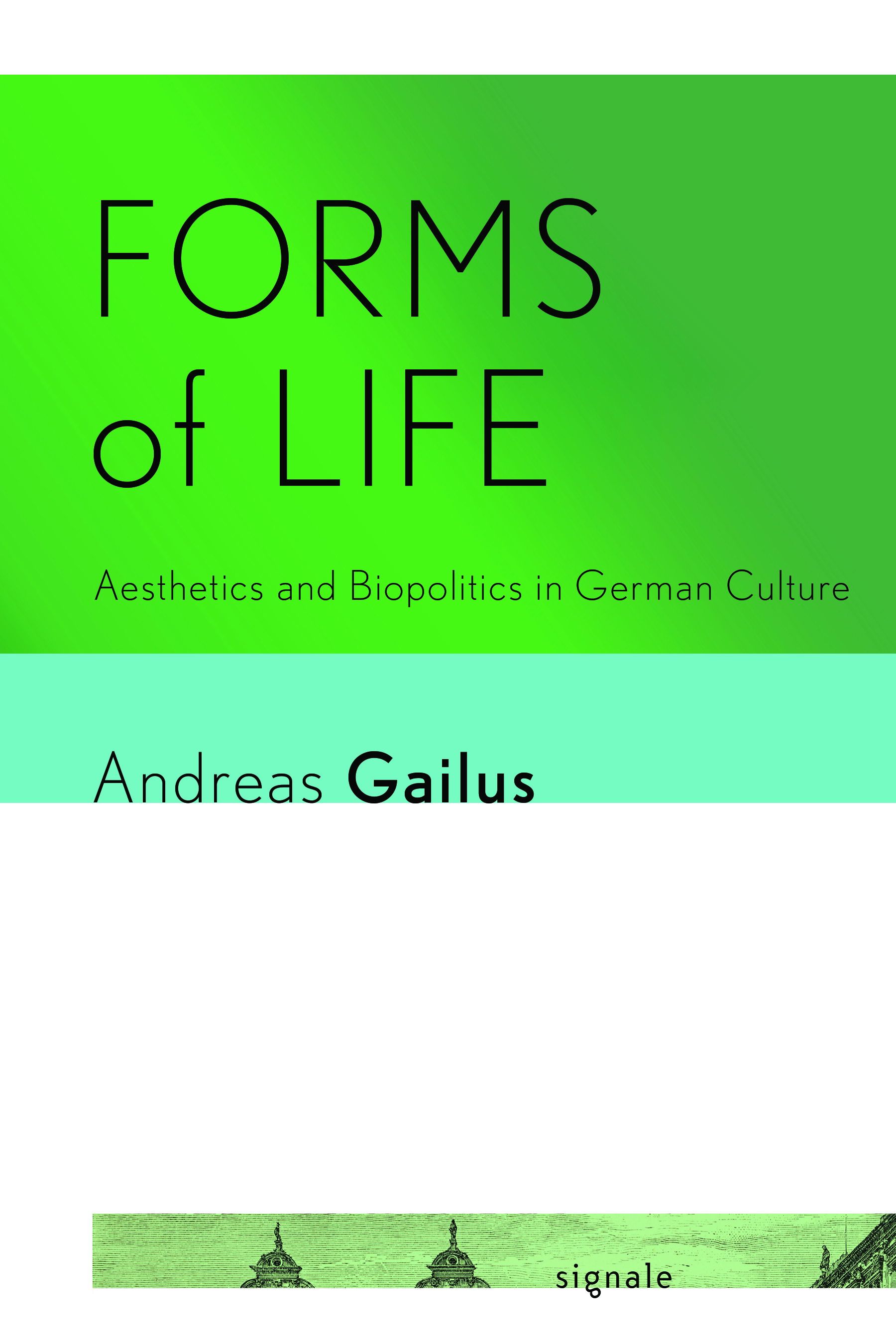 In Forms of Life, Andreas Gailus argues that the neglect of aesthetics in most contemporary theories of biopolitics has resulted in an overly restricted conception of life. He insists we need a more flexible notion of life: one attuned to the interplay and conflict between its many dimensions and forms. Forms of Life develops such a notion through the meticulous study of works by Kant, Goethe, Kleist, Nietzsche, Wittgenstein, Benn, Musil, and others.

Gailus shows that the modern conception of "life" as a generative, organizing force internal to living beings emerged in the last decades of the eighteenth century in biological thought. At the core of this vitalist strand of thought, Gailus maintains, lies a persistent emphasis on the dynamics of formation and deformation, and thus on an intrinsically aesthetic dimension of life.

Forms of Life brings this older discourse into critical conversation with contemporary discussions of biopolitics and vitalism, while also developing a rich conception of life that highlights, rather than suppresses, its protean character. Gailus demonstrates that life unfolds in the open-ended interweaving of the myriad forms and modalities of biological, ethical, political, psychical, aesthetic, and biographical systems.

Andreas Gailus is Professor and Chair of the Department of Germanic Languages and Literatures at the University of Michigan, and author of Passions of the Sign.