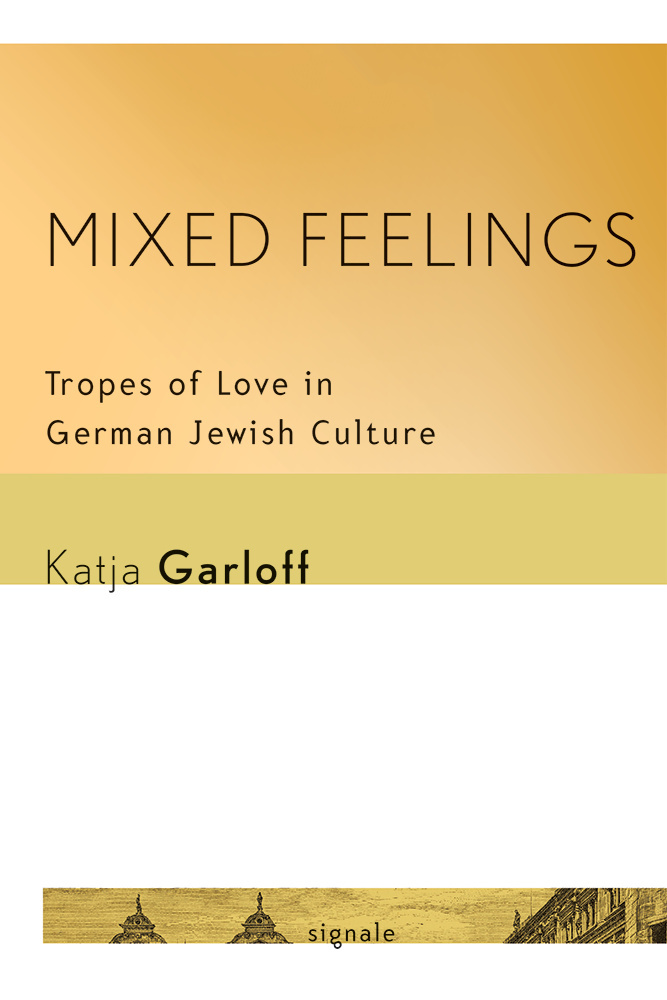 Since the late eighteenth century, writers and thinkers have used the idea of love—often unrequited or impossible love—to comment on the changing cultural, social, and political position of Jews in the German-speaking countries. In Mixed Feelings, Katja Garloff asks what it means for literature (and philosophy) to use love between individuals as a metaphor for group relations. This question is of renewed interest today, when theorists of multiculturalism turn toward love in their search for new models of particularity and universality.

Mixed Feelings is structured around two transformative moments in German Jewish culture and history that produced particularly rich clusters of interfaith love stories. Around 1800, literature promoted the rise of the Romantic love ideal and the shift from prearranged to love-based marriages. In the German-speaking countries, this change in the theory and practice of love coincided with the beginnings of Jewish emancipation, and both its supporters and opponents linked their arguments to tropes of love. Garloff explores the generative powers of such tropes in Moses Mendelssohn, G. E. Lessing, Friedrich Schlegel, Dorothea Veit, and Achim von Arnim.

Around 1900, the rise of racial antisemitism had called into question the promises of emancipation and led to a crisis of German Jewish identity. At the same time, Jewish-Christian intermarriage prompted public debates that were tied up with racial discourses and concerns about procreation, heredity, and the mutability and immutability of the Jewish body. Garloff shows how modern German Jewish writers such as Arthur Schnitzler, Else Lasker-Schüler, and Franz Rosenzweig wrest the idea of love away from biologist thought and reinstate it as a model of sociopolitical relations. She concludes by tracing the relevance of this model in post-Holocaust works by Gershom Scholem, Hannah Arendt, and Barbara Honigmann.

Katja Garloff is Professor of German and Humanities at Reed College. She is the author of Words from Abroad: Trauma and Displacement in Postwar German Jewish Writers.